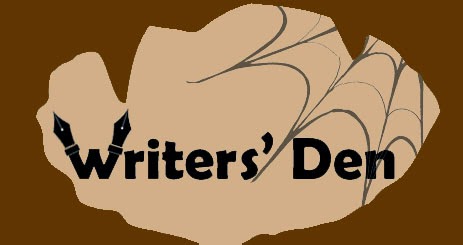 Me and my team are participating in ‘Game Of Blogs’ at BlogAdda.com. #CelebrateBlogging with us.

In a place where rain strikes and strikes rain, one evening, an eerie silence took over the churchyard as the dense lid of the night closed upon the horizon. There was a jarring silence which would scare anyone, but JJ was above all this, or so she thought. Trying to stay behind a hedge in the shadows of the overhanging coconut trees, she sped through the yard heading towards a leading daily – News Today’s office. JJ alighted from her bicycle and detached her camera in a swift motion from her sling bag.

She wore a quirky red and yellow flannel shirt tucked in her denim shorts and heavy boots which almost touched her knees. She carried off a multi-stranded grey pearl neck piece with a palm-sized feather and diamanté pendant, and she conveniently resembled a gypsy punk. A dusky skin tone which she is proud of and her Lucifer’s morning star tattoo are two things which are strikingly unique about this young woman. Since childhood she had had the ability to pick up languages and she could effortlessly speak English, Tamil, Telugu, Konkani, Hindi and Marathi and of course Malayalam. Many of her pictures have been used by dailies all over India as a cover to convey their stories.

She crouched beside the muddy bushes and stood up, brushing herself off and taking in her surroundings. She scanned the area for any onlookers but she found none. The original entrance was always closed at this time, she thought. Taking baby steps towards the office, she lurched past the corridor and went to look for the alternative way in. It was very dark for her to figure out if it is the same place her DJI Phantom Drone had pointed earlier that day. Yes, she had manoeuvred the whole thing, having great hands-on with her quadcopter which takes aerial photos. She could pull through an operation of this nature with great ease. When she finally reached the back entrance, she gave a quick knock before opening the door.

She went in and closed the door behind her.

It was a small dark conference room with a computer, a couple of chairs and a table. The room was illuminated only by the glow from the computer when JJ switched it on. She opened the browser and quickly typed in a URL and when the webpage loaded, she quickly went to the recently visited link and clicked it. “The Queen of Arabian Sea” she blurted out loud and that was an article with the picture she had taken as a cover for that special edition for News today. The next few moments were a blur.

All the lights suddenly came to life. Someone is here, she thought as she almost skipped a heartbeat. She peered out from behind the monitor and sensed it was too late. She felt like the world was spinning beneath her feet.
“JJ?” she heard a soft voice of a woman.

JJ is a photographer who loves Aerial photography and oceanic themes and visits the Fort Kochi beach and Marine drive often only to go to the boulevard for clicking a peculiar moment.  She likes to call herself JJ and answers only to those who call her this way except for her Appan and Appachan (Dad and Grandfather)

JJ’s dad literally disowned her when he started a conversation with her, almost a year ago.

"Oh, yes! You will marry the person we chose" her Appan had said when she spoke about her future for the first time with him.

"Oh, yes!? “, echoed JJ, annoyed. "Is that the only comment you can find to make? I am your only daughter and I want to live my life the way I want. I will not go to the church and I will marry the person I fall in love with. I might even live my life happily married to photography. But it's all over now, isn't it? I should marry some guy, a perfect stranger—a man I have never seen—of whom I know nothing, not even his name—nothing except that he is a Malayalee and is a Christian."

Appan frowned impatiently. He was furious but he also knew that Jennifer’s been an alert, vigorous mind, bright and strong like a steel trap, and arguing with her was not at all an option.

As a father, surely he could have at least tried to persuade her. But all he said was this -   "Can't coerce a girl like you. Do what you want but never come to me for anything. Ever again"

JJ left right then and never looked back. JJ lived with her friends in an apartment in Kochi after this event.

Of course, appearances are deceptive. Anyone, for instance, who had been standing outside the front entrance of their house in Fort Kochi at eleven o'clock on a sunny April morning, might easily have made a mistake. Such a person would probably have jumped to the conclusion that the young lady of a determined cast of countenance, talking to her Appan in a threatening tone was extremely rebellious. But what they were about to find out is that she was an outcast.

Chapter 3 -  The Cursed One by Sreesha Divakaran

Popular posts from this blog

September 22, 2017
They say people who don't know to dance have two left feet. Although, I might have two left feet myself, what is more interesting is I might actually have two left hands. Okay, I understand that's funny but here is why: If you are a girl or a boy or a boy who looks like a girl, you would probably know that it is a thing now to have a makeup blog or vlog or youtube channel in your name. I bumped into this world of cosmetics, beauty blogs and tutorials only a few months ago. For those who don't know about it, let me tell you, it is a crazy, ruthless and unbelievable world. Picture sourced from Google Heard of these? Snail slime masks, Placenta hair masks, Seaweed bathing creams, Microblading.... and endless other such insane stuff. These are insane but quite popular among beauty enthusiasts and they even swear by the benefits of such products. These are otherwise cringe-worthy products in my world. I use gramflour+tumeric face mask, Coconut oil hair mask and  a
8 comments
Read more

April 15, 2016
I don't know if this one counts for a poem. My rhyming sense failed miserably as emotion took over. A stinging emotion called nostalgia. A nostalgia which is synonymous to summer itself and a lot of other sweet things. Here goes: What is your favorite mango memory? share it with me here, won't you? :)
1 comment
Read more

August 28, 2017
Never in a thousand years did I think I would be obsessed with a late, delusional psycho who was also an exceptional artist and a noteworthy character with a peculiar interest for romance. My affair started around 8 years back; a time when I had started writing and blogging for the first time. I visited this pop-up museum of contemporary art which showcased Vincent Van Gogh’s choicest documentaries. Many of his famous paintings were also on display. That was the day I fell in love, with his art, with the way he loved, with the way he expressed himself before he fell into life’s inevitable trap. The beautiful yellowish hues that dominated his paintings, the sunflowers, the potato eaters and the starry night which comes alive in my dreams every night. Those letters he wrote his brother Theo with care, love and a pinch of attitude. That unconditional brotherly love, that aimless love he showed his friend and mentor Gauguin, that love he showed the random women he saw and paint
10 comments
Read more